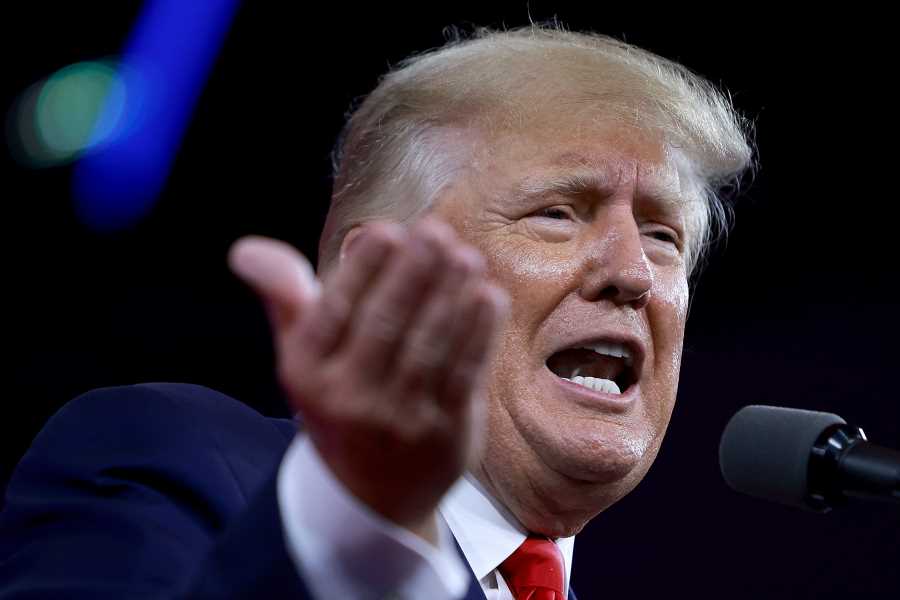 Federal prosecutors have launched a grand jury investigation into whether the trove of classified White House documents that wound up in Mar-a-Lago were tampered with, The New York Times reported on Thursday.

The National Archives discovered in January that former President Donald Trump took boxes of official documents to Palm Beach upon leaving the White House. Some of those boxes were clearly labeled as classified, raising questions about whether Trump may have violated the Presidential Records Act. The discovery was made as the Archives were retrieving the material after it was subpoenaed by the Jan. 6 committee.

Trump spokesperson Taylor Budowich responded on Thursday by bashing the investigation as political. “President Trump consistently handled all documents in accordance with applicable law and regulations,” he said. “Belated attempts to second-guess that clear fact are politically motivated and misguided.”

Jan. 6 Audio: Lindsey Graham Was Excited That Biden, Not Trump, Would Be in Office After Capitol Attack

Meet the Beatle: A Guide to Ringo Starr's Solo Career in 20 Songs

It would be putting it lightly to say there’s suspicion over whether the material was mishandled. The Washington Post reported in January that some of the documents delivered to the committee had been torn apart and taped back together. The Post later reported that the president regularly ripped up official documents throughout his time in office. “He didn’t want a record of anything,” a former senior Trump official told the Post. “He never stopped ripping things up. Do you really think Trump is going to care about the Records Act? Come on.”

Trump didn’t just rip up documents he wanted to destroy. Maggie Haberman of the Times reported in February that the White House staff often found the former president’s toilet clogged with wads of paper. Trump called the allegation “categorically untrue,” but Jennifer Jacobs of Bloomberg said that she’d also been told the staff often found Trump’s toilet clogged, and they they believed Trump had ripped up paper and tried to flush it.

The federal grand jury investigation will reportedly focus on the documents retrieved from Mar-a-Lago. The Times notes that the Justice Department recently issued a subpoena for the material, and that it has requested interviews with people who worked in the White House before Trump left office. It’s unlikely that any charges will be brought, however, as the Justice Department would need evidence that Trump was personally involved in bringing the records to the White House residence and then to Mar-a-Lago, and that he did so knowing that it was in violation of federal law.