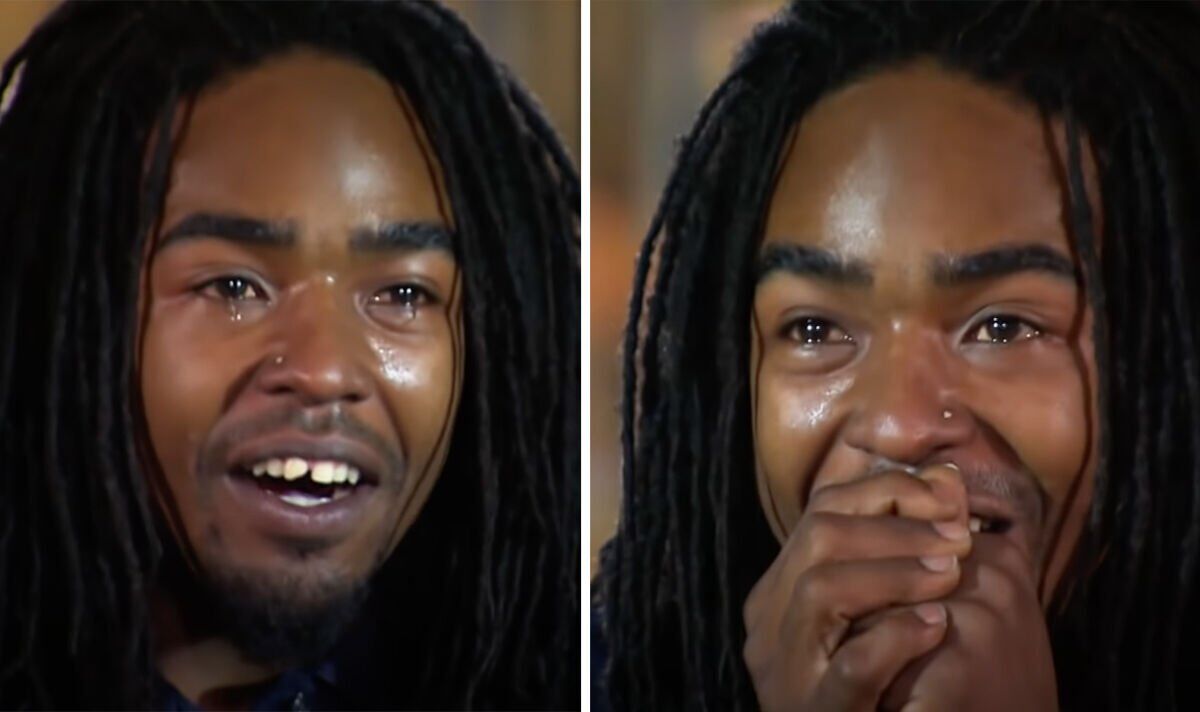 Viewers of Channel 4’s Undercover Boss USA saw the president of the hardware store reward Terrell, the stocking associate for being such a hard worker and persevering even when things were tough in his life. Undercover Boss USA shows the journey of bosses who go in disguise among their own staff to see where their firm is excelling and where it needs improvement.

Mr Hartmann admired how positive and uplifting Terrell was during work, and how welcoming and patient he was when showing him how to stock.

During their lunch break, Terrell explained to the undercover boss how hard it was growing up.

Terrell has a younger brother who at the time was 11 years old.

Sadly he lost his stepfather, which was his brother’s biological father, to murder in 2008.

His stepfather raised him and they were incredibly close so this took a toll on Terrell.

“But blood couldn’t make us any stronger. He raised me since I was nine years old.

“Sorry I just get chocked up. It happened right outside the house.”

After this happened he was lost and didn’t know what to do. He was out of work.

Eventually he was able to pick himself when he found out he was having a daughter.

He explained to the boss that was passionate about the juvenile criminal justice system as he had experienced it growing up.

Mr Hartmann was inspired by Terrell as he had been on those steps by he “made it through,” which showed great courage and strength.

If he had the money and time, he said would go back to school to study criminal justice and do something relating to it professionally.

Once he had revealed himself, Mr Hart said: “Terrell, you’ve had a tough life and somehow through all of that you’ve made some great decisions and I think very highly of you.

Mr Hartmann knew that spending time with family was important to Terrell.

He also wanted to pay for an all inclusive trip to Disneyland Florida just to show his appreciation for Terrell.

“Just a practical car for yourself.”

In tears Terrell responded: “My daughter’s now got the opportunity to do whatever she wants to do.

“These are tears of joy right here.”

Undercover Boss is available on All 4.