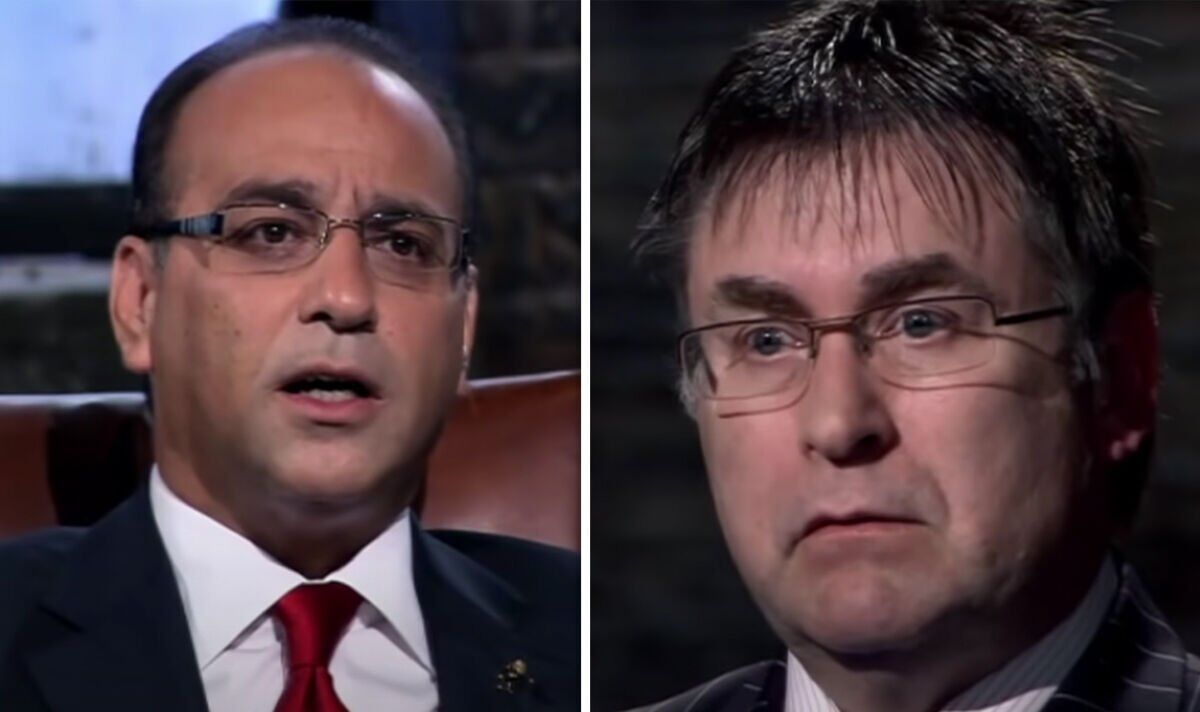 James Nash, CEO of Wine innovations limited entered the Den in 2009 seeking £250,000 for 25 percent stake in the business. The entrepreneur pitched his product Cup-a-wine which is a plastic cup filled with a single serving of wine and sealed with a foil lid.

The Dragons’ said the idea was “tacky” and required him to rethink his idea to make it a success.

Mr Nash walked out of the den empty-handed and feared losing his house and his business.

He said: “It was nerve wracking because this is money that was genuinely needed.

Despite being dismissed as “tacky”, the invention was snapped up by Marks & Spencer to become its hugely popular and award-winning Le Froglet wine. Each goblet costs him 38p and he sells to wine brand owners for 52p to distribute.

During the pitch, the Dragons’ were concerned about copycat rivals stealing sales away and were not convinced by the soundness of his patent application.

Duncan Bannatyne asked: “You didn’t invent the plastic glass. And you didn’t make the wine. So what have you got?”

He said: “For me to invest and not know what could come out of the woodworks – and I don’t have a business and my money is lost, it’s not a risk I’m prepared to take so I’m out.”

Peter said: “James I think you’ve asked for a ridiculous amount of money.

“I think you should have come in here saying ‘I’m unsure with what I’ve got. I’ve got a verbal arrangement but hey it’s a punt, but if it works it could be good for you.’

“I would have invested in that but you’ve placed yourself out the market. £250,000 is ridiculous so I’m out.”

Coming out of the Den, James said: “It was daunting coming out with a no, I thought ‘what’s going to happen’? I’m going to lose my house and everything.”

But a year on, James got a cash injection from a private investor at the rate he wanted.

James also secured a deal with M&S. He had plans to roll out the goblets nationwide.

In a video posted to the Dragons’ Den YouTube channel, Mr Nash said the business was expected to make three million to four million units, which would have given them a gross turnover of £1.8million.

Despite the numbers Duncan still did not think the product was profitable.

He thought his margins were too small.

He said: “There’s very little profit here. He’s going to have to sell an awful lot.

“I hope James proves me wrong and doesn’t lose his house.”

They launched Le Froglet wine nationwide to general acclaim and the business is now worth millions.

With Dragons’ Den recently coming to a close for another series, DiscreteHeat still remains one of the top rejected products that went on to make millions.

Another is Tangle Teezer, a hairbrush company now worth a £200million. Rob’s rejection has also been one of the biggest success stories in the show’s history.

Dragons’ Den is available to watch on BBC iPlayer.