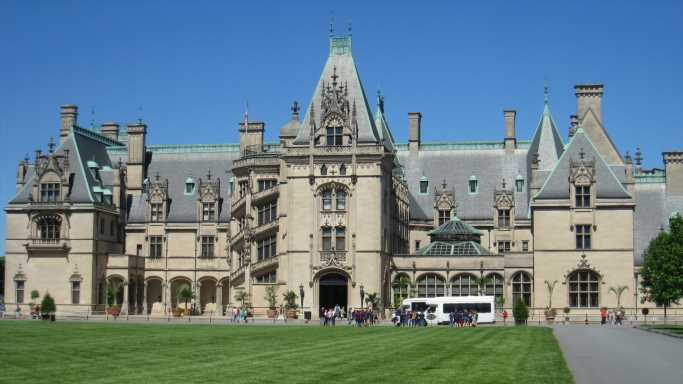 Owning one’s own home is a central piece of the American dream, and some Americans dream bigger than others. Throughout the centuries, wealthy residents nationwide have erected huge homes to house themselves and their families — as well as to flaunt their wealth.

Though there are large historic homes all across the nation, each state is home to at least one massive estate that towers over the rest. These mansions have thousands, if not tens of thousands, of square feet of floor space. They’ve housed billionaires, presidents, and even royalty. Most of these mansions were built in the era between the Civil War and World War II, and many now function as hotels or museums.

In order to determine the largest historic home in each state, 24/7 Wall St. reviewed media sources, local and state historical societies, tourism boards, and the National Register of Historic Places. Only homes built before 1966 were considered. The buildings had to serve as single-family homes at some point in their history.

Many of the mansions on this list are associated with America’s wealthiest and most notable family dynasties — names like du Pont, Vanderbilt, and Hearst. These families, headed by titans of industry who became some of the wealthiest people in history, created sprawling compounds, often surrounded by large grounds, to serve as single-family homes. This is the richest person of all time from your state.

Click here to see the grandest historic mansion in each state