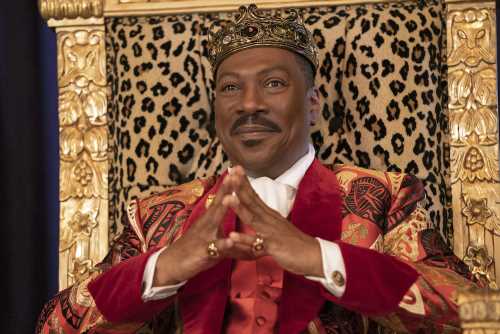 Ojo, Global Chief Marketing Officer for Amazon Prime Video and Amazon Studios, explained: “Nielsen tracks streaming by minutes [so] it’s hard for a movie to hit number one compared with the many hours of TV. When we launched Coming 2 America, a very Black movie, it was the only film ranked by Nielsen to hit number one for two weeks in a row. That’s the impact of the Black community.”

That proves “diversity isn’t just the right thing to do, it’s a business imperative,” she added. “I don’t see how you succeed in business without doing this well. You look at the community you serve, and it’s imperative the folk making the decision reflect that community. It’s critical.”

Coming 2 America is a sequel to the 1988 classic Coming to America directed by Craig Brewer. It was originally set for a theatrical release before the Covid pandemic allowed Amazon to acquire the streaming rights.

Vincent told a similar story of his success expanding the brand of one of Mars Wrigley’s most popular products, M&M’s, to mark the company’s 80th anniversary. “M&M’s are built around characters and they’re multicultural by design, with their different shapes, sizes and colors. How do we make that into a proposition? Move from fun to belonging, move from American to beyond.”

McDonald reminded delegates that Black culture has long been recognized for residing in the nexus of arts and creativity, but this meant it also sat within product and business innovation “with no credit.” His company, which represents $54 billion in global advertising, has now assembled a list of five principles for investment: sustainability, responsible media and journalism, brand safety, data ethics and diversity, inclusion and equity.

The speakers are all among the 33 members of the Black Executive CMO Alliance, founded in March 2021 with its mission as articulated by DeVard “to share, to learn, to elevate and pay it forward.”

Ojo called it a “community,” adding, “It’s hard to be a CMO, and even harder to be a Black CMO. It can be lonely, [so] it’s helpful to have people who are walking the same journey.”

The execs also discussed the best way delegates could further the cause of representation, with Oju imparting some sound advice. “Be very intentional about diversifying your teams [or] you will miss nuances that are important,” she said. “If you are present in a room with a person different from you, make them feel comfortable, allow them to have a voice. Let them be different. Bring that difference to how you run your business, to fuel innovation for the company.”