A West Australian parliamentary committee has urged the state’s resources sector to consider a register for perpetrators of serious sexual harassment on fly-in, fly-out sites similar to a working with children check.

The recommendation aimed to prevent perpetrators of serious sexual harassment from avoiding dismissal on WA resource projects by being moved from site to site. 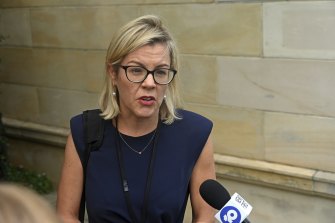 It was one of 24 recommendations made by the parliamentary inquiry into sexual harassment against women in the mining industry, triggered after a spate of alleged sexual assaults on FIFO workers.

The findings were the result of months of testimony from victims, companies and the resources sector regulator that committee chair Libby Mettam said revealed shocking failures to curb an issue that had destroyed lives.

“I was shocked and appalled well beyond expectation by the size and the depth of the problem,” Mettam said.

“The threats or loss of their livelihood that resulted was shattering and it’s completely inexcusable.

“It is simply shocking this could be taking place in the 21st century in one of the state’s most lucrative industries.

“This represents a failure of the industry to protect its workers and raises real questions about why the government was not better across this safety issue.”

The idea of an industry-wide register to weed out perpetrators of sexual harassment and ensure they did not get “moved on” was raised throughout the inquiry, but many acknowledged it would be tough to implement.

“Even when people are found to have behaved unacceptably, there has been a practice of
‘moving them on’ rather than dismissing them, allowing them to continue in the industry,” the report said.

“We considered the value of establishing a register of offenders that could be accessed as part of the employment process – something like the Safety White Card or the Working with Children Card.

“Of course, we understand the concept of a register of sexual harassment offenders raises matters of confidentiality and challenges of natural justice as well as the threshold for inclusion.

“In the end, we are not convinced that [a register] is the best solution, but we think the issue
is important enough that it warrants detailed investigation.”

During the inquiry the committee heard horrific testimonies of women being demanded sex in return for favours as well as inappropriate touching and comments.

In one case a woman had a near-miss incident with a haul truck she was driving and told the committee the site supervisor said he would make the safety investigation “go away” if she had sex with him.

The same woman said she was told she would have to “get on her knees” if she wanted a permanent job with the mining company.

Another woman told the committee how she was knocked unconscious in her donga and awoke to find her jeans and underpants around her ankles.

Mettam said there was a raft of abhorrent stories that shocked the committee.

“There were stories of sex dolls put in front of women’s dongas, and sex toys hung on their
doors,” she said.

“Stories of unsolicited and unwelcome sexual attention, stalking, texting of explicit and lewd material, and horrifying stories of sexual assault.

“We heard of power play behaviour known as ‘shovelling’ where iron ore would be dumped on the cab of trucks operated by women if they didn’t comply with sexual requests.”

Mettam thanked the women who came forward to lift the lid on the behaviour they had experienced.

Another key recommendation was for the government to consider establishing a forum to hear, document and acknowledge the experiences of victims of historical workplace sexual harassment.

The committee recommended this include investigation of opportunities for redress, such as formal apologies from companies and/or perpetrators and compensation.

The committee said mining companies needed to introduce alcohol limits and standards at all camps and warned that gender diversity needed to go further.

“While merely ‘adding more women’ to the mix is not enough to remedy cultural problems, mining companies need to improve the gender balance in their workplaces,” the report said.

“Part of this must include greater effort to increase female workforce participation, with specific focus on site-level supervisor and management positions.”