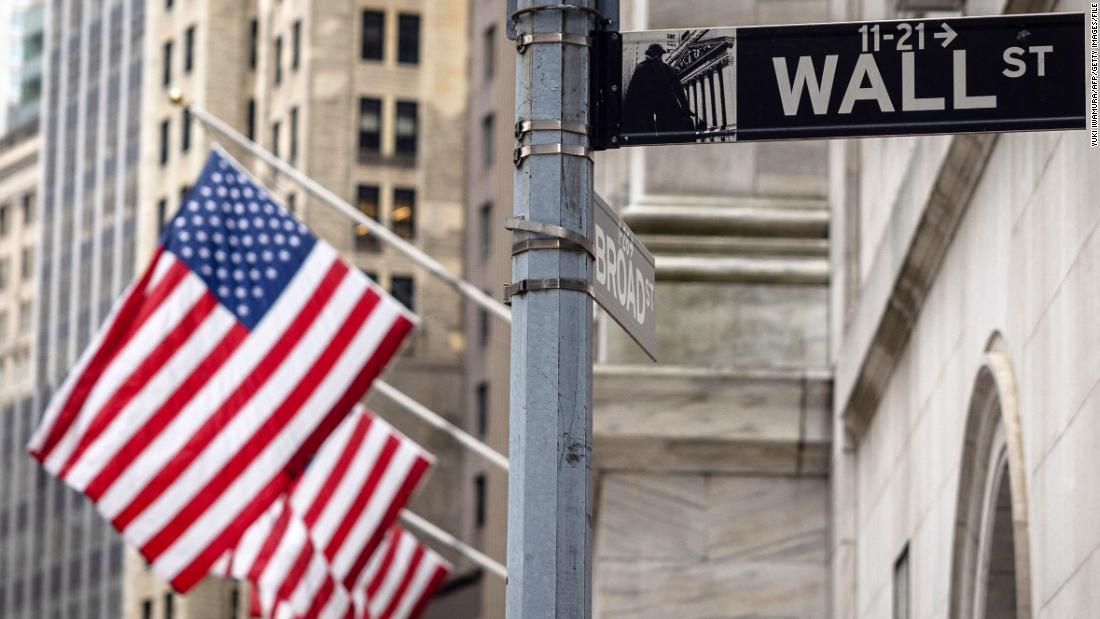 New York (CNN Business)Fears of a recession and the Federal Reserve’s aggressive rate hikes have pushed investors to dump corporate debt in recent weeks. The sell-off hasn’t gotten as much attention as the bleeding in stocks or cryptocurrencies, but it’s been painful.

What’s happening: A major exchange-traded fund that tracks blue chip bonds from top-rated companies is down almost 18% year-to-date. So-called “junk” bonds issued by less creditworthy firms are 16% lower.
When traders offload corporate bonds, an unsettling question often arises: Are they worried that companies could fail to meet their debt obligations?

A string of defaults that drags down the economy and generates market turbulence could turn into a big problem. But that’s not exactly what bond markets are signalling now.

“It basically looks worse than it is,” Fraser Lundie, head of fixed income for public markets at Federated Hermes, told me.

Breaking it down: Some of the sell-off in corporate bonds has been driven by recession expectations, which would likely push up the number of defaults. In a downturn, some businesses would see revenue dry up, making it harder to cover other costs. Rising interest rates could also create headaches.
But a more technical factor is also at play. Government bond yields, which move opposite prices, have been rising as surging inflation is met by a more hawkish Fed. That makes corporate bonds — which typically have appeal in part because they have higher yields — look less enticing, especially when Wall Street is in selling mode.

Corporate defaults are expected to climb through the beginning of 2023, according to S&P Global Ratings. The credit rating agency expects a key default rate to rise to 3% by next March, up from 1.4% the previous year.
“You’d think it would start picking up in the next three months,” said S&P analyst Nick Kraemer.
Still, those who trade corporate bonds aren’t overly anxious, even if they agree a recession is on the cards.
That’s because companies are in better shape than they were during the early days of the pandemic. They took advantage of rock-bottom borrowing costs over the past two years to stash cash and took steps to refinance their debt, which they now have more time to repay.
“Generally, corporate balance sheets are in a good place, and there’s only a very small number of corporates that need to refinance,” Tom Ross, a portfolio manager at Janus Henderson Investors, told me.
This will allow companies to absorb the effects of rising rates over a longer period, lessening the shock.
“If rates stay high for long period, higher interest costs will bite. But they’re not going to bite for a long time yet,” Ross said.
Plus, companies have been lavishing shareholders with stock buybacks and higher dividends during the recovery from the pandemic. If they really need to, they can use that money to cover debt costs instead, according to Lundie.
“They can turn that off really quickly if they wanted to or if they needed to, and divert that money to paying down debt,” he said.

President Joe Biden on Wednesday called on Congress to suspend federal gasoline and diesel taxes until the end of September, framing the move as necessary to provide relief to American consumers — while acknowledging it would not solve the problem of surging energy prices.
“We can bring down the price of gas and give families just a little bit of relief,” Biden said in a speech from the White House.
Not so fast: The proposal — which is viewed skeptically by leading economists — almost certainly won’t make it through Congress.
Former President Barack Obama once dismissed the tactic as a gimmick. Even if savings from lifting taxes were passed directly to consumers — which isn’t guaranteed — they may only amount to a few dollars for one fill-up.
Plus, suspending the federal gas tax could ultimately stoke demand for fuel. That would only further strain limited supply.
House Speaker Nancy Pelosi stopped short of endorsing the plan in a statement after Biden’s remarks.
“We will see where the consensus lies on a path forward for the president’s proposal in the House and the Senate,” she said.
But it’s the latest sign that the Biden administration views inflation as a serious political problem, especially in the run-up to elections in November.
The numbers: The average price of a gallon of regular gas in the United States dropped below $5 a gallon again this week, giving drivers a bit of breathing room.
“The recent high prices may have led to a small drop in domestic gasoline demand as fewer drivers fueled up last week,” said AAA spokesperson Andrew Gross. Global oil prices have also dropped as recession fears rise.

Bankruptcy isn’t scaring off hordes of armchair traders. In fact, it seems to be luring them in.
Shares of makeup company Revlon have skyrocketed more than 300% over the past three trading sessions — jumping from about $2 to more than $8 — after falling 13% on the day it announced its Chapter 11 reorganization plan.
Analysts at Vanda Research told clients that a spike in chatter on social media and the prevalence of riskier options trading— a trademark among the Reddit cohort — “confirm that retail crowds are behind the latest moves higher.”
The surge is eerily reminiscent of what played out with Hertz in 2020. After the rental car company filed for bankruptcy, shares soared. The move was accompanied by cheering from traders on Reddit, who were betting against short sellers that thought Hertz stock would continue to fall.
Short sellers have also been circling Revlon, which may have caught retail traders’ attention, Vanda’s team said.
A note of caution: When a company declares bankruptcy, most investors are hung out to dry. Bondholders and other creditors are often first in line to get back some of their money. Holders of the stock typically don’t stand to benefit, and their investments are wiped out if new shares are issued.