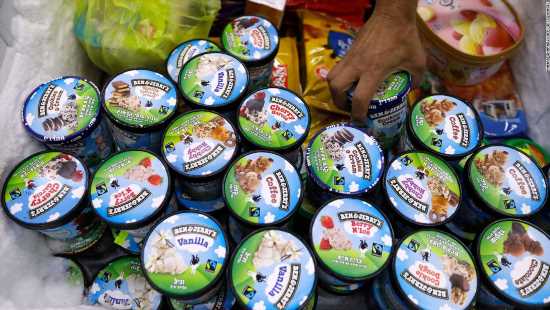 Ben & Jerry’s independent board said parent company Unilever, with which it is locked in a dispute over the sale of its Israeli business, had frozen its directors’ salaries in July as a pressure tactic ahead of a mediation on the matter.

The Cherry Garcia ice cream maker surpassed $1 billion in sales last year for the first time, becoming one of 13 Unilever brands to achieve such a scale, the board also said.
Ben & Jerry’s sued Unilever, which has owned the Burlington, Vermont-based company since 2000, on July 5 to try to stop the sale of its business in Israel to local licensee Avi Zinger. 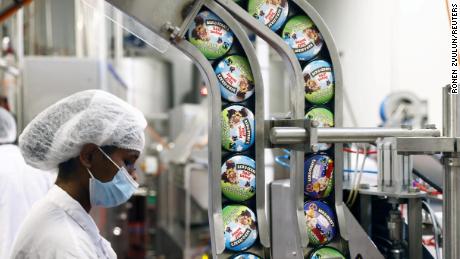 Ben & Jerry’s last year said it no longer wanted to sell its products in the occupied West Bank because it was “inconsistent” with its values, which prompted Unilever to make the sale. The deal with Zinger made the ice cream available to all consumers in Israel and the occupied West Bank.

“This decision for us to go to court is because of Unilever’s (UL) sale without our input, which is a clear violation of the letter and the spirit of our original acquisition agreement with Unilever,” board chairperson Anuradha Mittal said in an interview with Reuters. “If Unilever is willing to so blatantly violate the agreement that has governed the parties’ conduct for over two decades, then we believe it won’t stop with this issue.”

“If left unaddressed, Unilever’s actions will undermine our social mission and essential integrity of the brand, which threatens our reputation and ultimately our business as a whole,” she added.
Unilever did not immediately respond to a request for comment.

Ben & Jerry’s and Unilever last month tried to reach an out-of-court deal on the spat but on Monday notified a federal court they had failed to do so.
A hearing on Ben & Jerry’s request to block the sale is scheduled for Monday, August 8.

The battle has tested how far Unilever is willing to go to give its brands freedom to have social missions.
Unilever has more than 400 brands, including Dove soap, Hellmann’s mayonnaise, Knorr soup and Vaseline skin lotion.
Source: Read Full Article