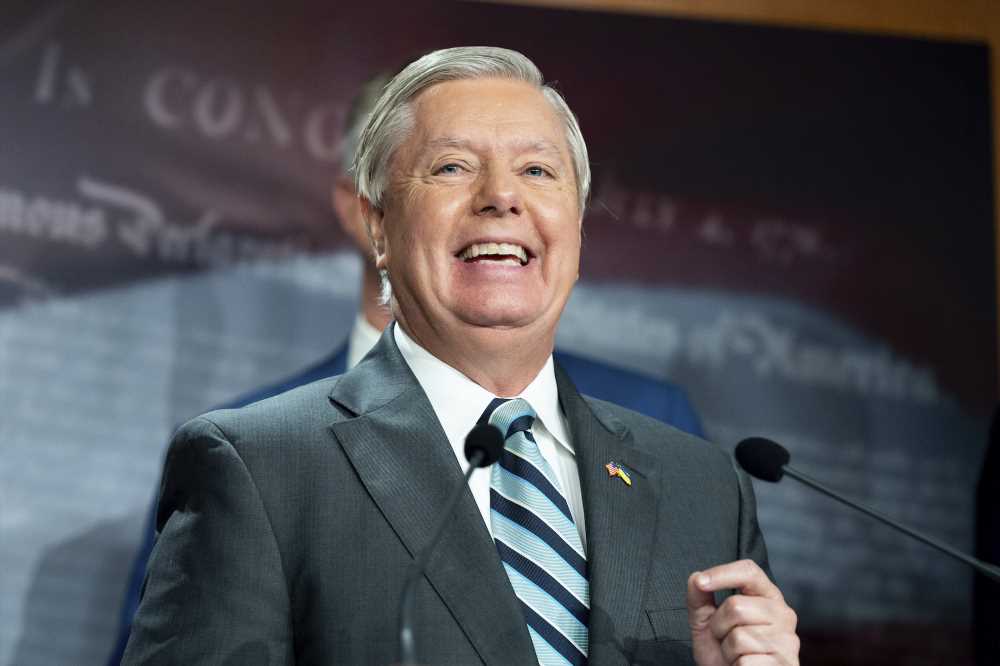 Sen. Lindsey Graham said he wants states to decide the issue of whether two consenting adults can get married. When Dana Bash asked him if he would support legislation codifying same sex marriage, Graham claimed it’s a state issue during an appearance on CNN’s State of the Union Sunday.

“[Sen. Rob Portman (R-Ohio) is] trying to get enough votes to codify same-sex marriage because Justice Clarence Thomas suggested it might be in jeopardy,” Bash said. “You said two weeks ago that the state-by-state approach is the best way to go. I want to be clear about your position. Are you saying the 2015 Supreme Court decision that made same-sex marriage the law of the land nationally should be overturned?”

Jan. 6 Audio: Lindsey Graham Was Excited That Biden, Not Trump, Would Be in Office After Capitol Attack

Meet the Beatle: A Guide to Ringo Starr's Solo Career in 20 Songs

“No,” Graham replied, adding, “I don’t think it’s going to be overturned… That’d be up to the court.”

“No, here’s the point. We’re talking about things that don’t happen because you don’t want to talk about inflation, you don’t want to talk about crime,” Graham accused. “This is all politics, my friends. Instead of trying to solve problems, we’re talking about constitutional decisions that are still in effect. But if you’re going to ask me to have the federal government take over defining marriage, I’m going to say no.”

Bash was bringing up an issue that Thomas inserted into the national dialogue by mentioning it in his concurring opinion to nullify the federal right to abortion access. It’s also a member of Graham’s own party, Portman, who is moving the effort to protect same sex marriage through legislation. And while Graham is currently painting himself as a strict supporter of states’ rights, it remains to be seen if he’ll stand by that principal if — or more likely when — Republicans attempt to ban abortion on a federal level.