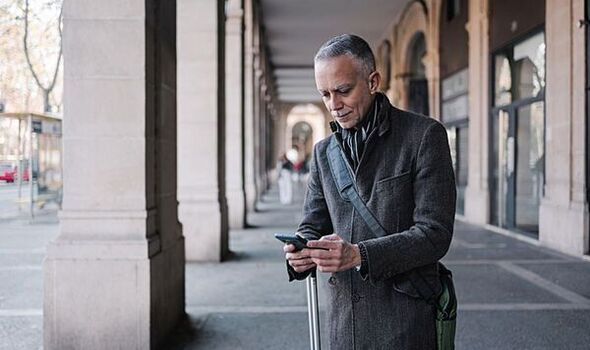 Ed Lewis had been expecting to stay in a ward before the small vein procedure on July 10, after travelling up from the west country to London.

But a bed shortage forced a change of plan and in the stress of the moment Ed’s online hotel booking went awry.

++ If you’ve been affected by this issue or feel you’ve been a victim of injustice, please contact consumer champion Maisha Frost on maisha.frost@express.co.uk ++;

“I’m an older person not great with modern technology and trying to make the £78.76 reservation on my mobile when under pressure made me mistake the date,” he told Crusader.

When he turned up shortly after at the Prince William hotel nearby he learned he had actually made the reservation, through Booking.com, for August 7.

“Everyone was very helpful at reception, however. I was rebooked in for the night. It cost £143, but at that stage I was more than relieved to have it sorted,” he explained,

Ed’s understanding, he says, was that he would not be penalised for the change, but when recovering he checked his bank account and found the first payment had also been taken.

The hotel states it has a no refund policy on this type of reservation and refused his request for a return of the £78.76.

“But I remained a guest and did pay more,” reasons Ed. “The bookings were changed within 30 minutes of making them, and the mistaken one for August 7 was for several weeks in advance so there was a chance for another customer to take it.

“I’m disappointed as there seems no allowance for the circumstances -someone due to have an operation and feeling panicky.”

Crusader agreed. Although the hotel had absolutely the right to follow through on its conditions, morally this did seem mean so we tried again with both Booking.com and the Prince William.

While the agent in the middle with no formal power in an individual dispute, Booking.com lived up to its pledge which is to make travel experiences as smooth and enjoyable as possible for people.

It said: “Having reviewed this particular case and being made aware of the exceptional circumstances that led the customer to book for a different date, we have offered to refund this reservation as a gesture of goodwill.”

Ed received it shortly after. Later on the Prince William did respond via its sister operation the Hyde Park Boutique Hotel saying: “The booking has been cancelled and we have confirmed the refund to Booking.com as the payment was made to Booking.com.”

Website details indicate that the hotel is part of the Central Park Collection group, but no further information appears available about where it is based or who owns it.