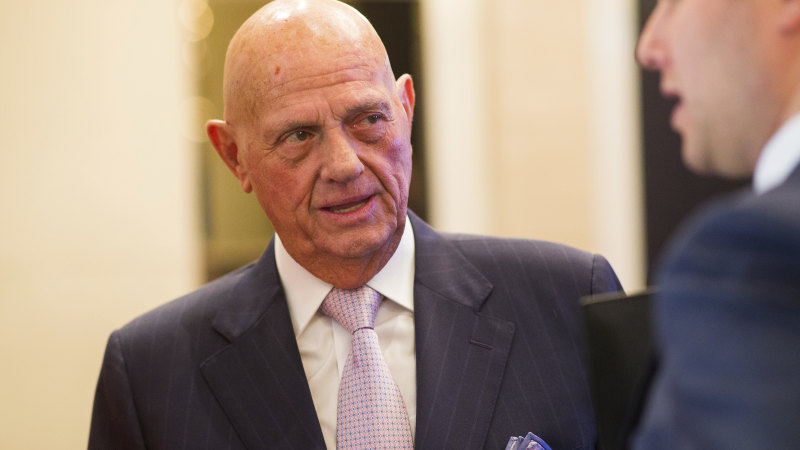 Solomon Lew’s Premier Investments has upped its stake in Myer, the retailer he has pursued since 2017, just weeks after it flagged it was expecting its strongest profit figures since before the pandemic.

Notices filed with the ASX on Monday evening by Premier, which operates retailers like Peter Alexander and Smiggle, show the purchase of 24.5 million Myer shares last week worth $12.3 million. It ups Premier’s stake from 19.88 per cent to 22.87 per cent. 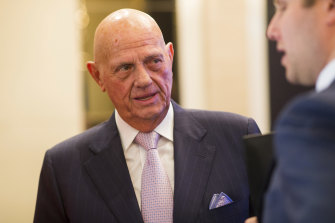 Myer’s biggest shareholder, Solomon Lew, has long been a thorn in the retailer’s side.Credit:Paul Jeffers

Lew has been pursuing Myer over the past five years and Premier has been building up its stake in the company over this time.

He has been agitating for change at the retailer for the past five years and attempted to roll the company’s board a number of times, citing disappointment in the company’s sales and share price performance over this period.

This new increase in shareholding raises the prospect once again that he will finally be able to take more control of the troubled retailer, having criticised it for a lack of innovation and poor management for years. 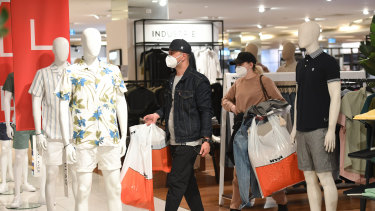 Premier last increased its stake in the business in February, when it upped its stake from 15.77 per cent to 19.88 per cent.

Lew now owns close to a quarter of the company, and as its largest shareholder could use his stake and encourage other shareholders to vote in favour of overhauling Myer’s board.

This latest purchase of the stock comes as the department store revealed a surprising turnaround.

Myer’s share price rocketed last month after the company revealed its expects a profit of $55 million for 2022 – its strongest result since 2017.

The figures emerged as Australian Bureau of Statistics retail data showed a big uptick in department store spending in the months leading up to June this year.

Myer chief executive John King said last month that sales momentum was growing both in store and online, which was allowing the embattled retailer to strengthen its balance sheet.