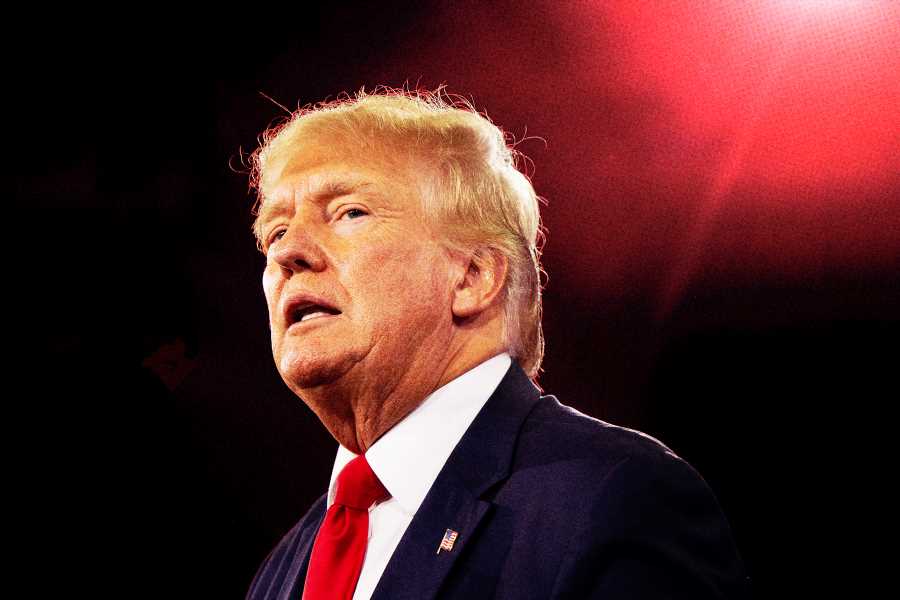 Donald Trump is worried he may have a rat — or multiple rats — in his midst. He’s wondering if his phones are tapped, or even if one of his buddies could be “wearing a wire.”

As the federal and state investigations into Trump and his orbit swell, so have the former president’s suspicions, according to two sources familiar with the matter and another two people close to the twice-impeached former Oval Office occupant.

This summer, Trump has asked close associates if they think his communications are being monitored by the feds, or — per his phrasing — “by Biden.” As a source close to Trump describes it to Rolling Stone: “He has asked me and others, ‘Do you think our phones are tapped?’ Given the sheer volume of investigations going on into the [former] president, I do not think he’s assuming anything is outside the realm of possibility.”

The Private Lives of Liza Minnelli (The Rainbow Ends Here)

The source adds, “He’s talked about this seriously [in the past few months], but I know of one time when he made a joke that was something like, ‘Be careful what you say on the phone!’”

Moreover, on at least a couple occasions since May, the former president has wondered aloud if there were any Republicans visiting his clubs who could be “wearing a wire,” according to another person close to Trump and a different source familiar with the matter. Trump and his allies are baselessly floating the idea that federal agents could be guilty of “planting” incriminating evidence at his private resort. And the ex-president and several of his longtime advisers are trying to figure out if they have, in their terminology, a “mole” or a “rat” in Trump’s inner sanctum who is slipping his secrets to the feds.

Multiple people with knowledge of the situation say that as of Wednesday afternoon, Trump and his cohort do not have any evidence to support their groundless talking point that the FBI planted evidence during their search of Trump’s home at the Mar-a-Lago club in Florida earlier this week. Still, the sources say, the upper crust of MAGAland has already begun wildly speculating about who the snitch could be, if such a turncoat exists at all. On Wednesday morning, Axios reported that “Trumpworld is abuzz with speculation about which close aide or aides has ‘flipped’ and provided additional sensitive information to the FBI about what former President Trump was keeping at” his Florida estate. Later that day, intelligence writer William Arkin reported that “the raid on Mar-a-Lago was based largely on information from an FBI confidential human source.”

One Trump adviser tells Rolling Stone that since Tuesday, MAGA loyalists have been asking to pass their suspicions to Trump, telling him not to trust certain individuals and to investigate them for possible contacts with federal authorities. “I’m getting a lot of messages saying [things like], ‘This guy must be the informant,’ and others…calling for the [former] president to start doing phone-checks of his staff,” says the adviser. “To be honest, a lot of it feels like people trying to screw over the ones they don’t like [in Trumpworld.]”

Though Trump’s paranoia is so often fueled by unhinged conspiracy theories, in this case, he has reason to worry. There are various criminal, civil, and federal investigations into Trump, his sprawling family business, and his political allies in his attempts to subvert the 2020 presidential election. But some of his paranoid habits that have cropped up this summer are reminding a few Trump confidants of his term in the Oval Office. During the Mueller investigation, then-President Trump went as far as to ponder to a small number of people whether his own White House Counsel Don McGahn was — in identical wording — “wearing a wire” for the supposedly Trump-loathing federal prosecutors.

“When I worked for him,” says Stephanie Grisham, a former senior Trump aide who has since fallen out with the MAGA royalty, “it was an everyday obsession [about] who was leaking, who was cooperating with what. He’d regularly ask me and others, ‘Do you think I can trust this person?’ or ‘Do you trust this person?’ or tell me to ‘go find the leaker.’”

“Shockingly, I feel bad for the guy today, as funny as that sounds,” she adds. “Trump demands total loyalty, and yet he turns on people at a moment’s notice. And he’s now in this situation where he and his people are wondering who among them could be giving some of his most closely held information to the FBI.”

Grisham concludes, “I mean, who can he trust? It’s just a shitty, sad way to live.”

According to multiple reports, the raid on Monday sprang from an investigation into whether Trump took classified documents materials from the White House to his Florida home. It is unclear what specific documents are so concerning to federal authorities. But according to two sources with knowledge of the matter, in the time since President Joe Biden was sworn in, Trump has not been shy about flaunting trophies from his years in the Oval Office. Within the past year and a half, Trump’s guests at Mar-a-Lago have at times witnessed the ex-president brandishing certain objects or papers, claiming they were mementos from his stint in the White House as he gave informal tours of his Florida homestead.

“It reminded me of how he’d give tours of the bathrooms and the toilets when he lived in the White House,” one of the sources says. “He likes to show off…even if he isn’t supposed to have those things, evidently.”

Of course, the probe into Trump’s handling of classified materials is hardly the only investigation, federal or otherwise, that’s threatening the leader of the GOP’s political or personal fortunes. In addition to the House select committee investigation into the Jan. 6 Capitol riot and then-President Trump’s role in starting it, the Department of Justice is conducting a wide-ranging probe into the anti-democratic crusade that was waged following Biden’s victory in the 2020 election; that probe is indeed examining Trump’s and his conduct during that period. As Rolling Stone reported, the former president’s attorneys are taking seriously the once-unimaginable possibility of DOJ criminal charges against him seriously — to the point that they’re already briefing him on possible legal defenses and expanding the team tasked with taking on the Justice Department.

Just on Wednesday, Trump sat for hours for a deposition in New York state’s years-long investigation into his business empire. However, tThe former president gave a straight answer about his own name — and then persistently pleaded the Fifth during questioning.

But now, fFollowing the news of the FBI’s “siege” of Mar-a-Lago, nearly every major player in national conservative-media and the Republican Party have swiftly rallied to Trump’s defense. Days later, Team Trump is still aggressively fundraising off of news of the federal search, and the former president and his high-profile boosters have been arguing that the raid would be good for his political future, by solidifying support and feeding into his self-styled image as an embattled fighter against the American establishment.

However, all the bravado is undermined by the fact that Trump is keenly aware of the potential criminal exposure and legal jeopardy he faces. Within the ex-president’s legal teams and his inner circle, there has been a months-long search for possible scapegoats who could be sacrificed, if push came to shove, to the feds — with Trumpworld -aligned bigwigs such as John Eastman and Mark Meadows among the top candidates.

What’s more,  For months, Trump for months has reminded friends and confidants that a perk of winning the White House is that presidents enjoy a level of legal immunity that others (including former presidents) simply do not. It’s one of many reasons, Trump has said in private, why he’s strongly considering running for president again in 2024.

As it were, he has repeatedly brought up this point in the context of privately gossiping about his plans for a potential 2024 presidential campaign.