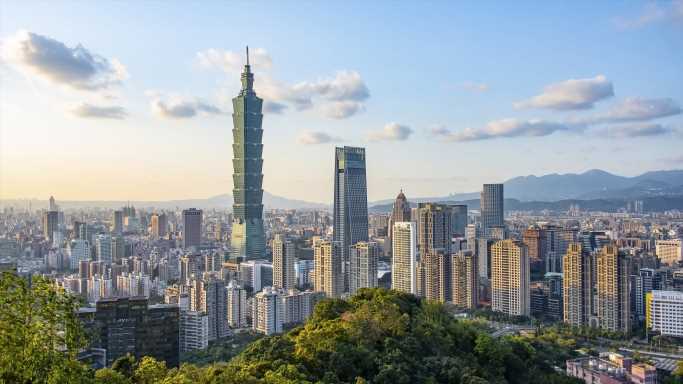 Taiwan will launch a new ministry focused on information security, Web 3.0, and digital innovation. Dubbed the Ministry of Digital Affairs, the establishment of the new government branch comes amid escalating tensions between China and Taiwan and the rising threat of digital security and cyberattacks.

Taiwan will officially launch its Ministry of Digital Affairs on August 27. The new government agency will be in charge of directing digital policy, which stretches over several sectors like information, telecommunications, communications, information security, and the internet, according to a report by The Diplomat.

First announced earlier this year, the Ministry of Digital Affairs will also be responsible for crafting and developing a strategy for Taiwan’s data economy, promoting cybersecurity, and coordinating digital governance in the country, the report said.

The digital push by East Asian governments comes as the countries believe that a robust national data infrastructure is key to staying competitive in the region. This also describes South Korea’s “Digital New Deal,” which was launched last year to benefit the economy using digital development.

Audrey Tang, who will head MoDA, said in a recent interview that the soon-to-be-launched ministry has adopted InterPlanetary File System (IPFS) technology to boost its cybersecurity capabilities. The IPFS is a file-sharing peer-to-peer (P2P) network for storing and sharing data in a distributed file system, like a blockchain.

Who is MoDA’s Head Audrey Tang?

Audrey Tang is a Taiwanese software developer and a prominent representative of digital transformation both internationally and within Taiwan. She has also gained a reputation as one of the “ten greatest Taiwanese computing personalities.”

Notably, Tang previously served as Minister without Portfolio of Digital Affairs and head of Taiwan’s Public Digital Innovation Space (PDIS), where she was responsible for helping government agencies in the policy-making process.

“Her rising fame is in part due to her charismatic personality and bilingual eloquence, which has made Tang an iconic torch-bearer for Taiwan’s international reputation as a digital democracy,” the report by The Diplomat said.

After US House of Representatives Speaker Nancy Pelosi visited the self-ruled island, China substantially increased its so-called “psychological warfare” against Taiwan. Taiwan Cabinet spokesman Lo Ping-cheng said they are “seeing psychological warfare that is stronger than ever before.”

At the time, Tang also claimed that attacks on Taiwan government units on the day Pelosi visited the country surpassed 15,000 gigabits, 23 times higher than the previous daily record. This was, of course, in addition to China’s military drills and exercises around Taiwan.

The digital war between China and Taiwan appears to have extended to the Web3 industry. This describes why Tang aims to utilize decentralized networks such as InterPlanetary File System (IPFS) as a useful means of combating distributed denial-of-service (DDoS) attacks. In fact, Tang has even said the ministry is working to build its website on the IPFS.