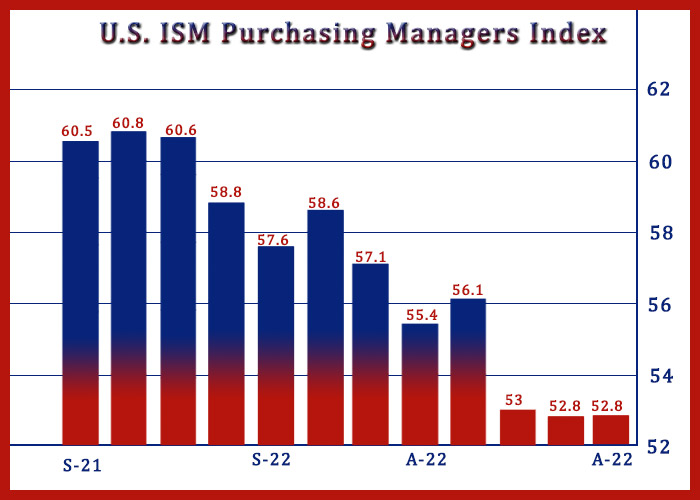 A report released by the Institute for Supply Management on Thursday showed its reading on U.S. manufacturing activity remained at a two-year low in August.

The ISM said its manufacturing PMI came in at 52.8 in August, unchanged from July. Economists had expected the index to edge down to 52.0.

While a reading above 50 still indicates growth in the manufacturing sector, the index remained at its lowest level since hitting 52.4 in June 2020.

Meanwhile, the employment index jumped to 54.2 in August from 49.9 in July, suggesting the manufacturing sector saw a return to job growth after three months of contraction.

The report also showed the supplier deliveries index edged down to 55.1 in August from 55.2 in July, indicating deliveries slowed at a slower rate compared to the previous month.

On the inflation front, the prices index tumbled to 52.5 in August from 60.0 in July, dropping below 60 for the first time since August 2020.

Next Tuesday, the ISM is scheduled to release a separate report on U.S. service sector activity in the month of August.