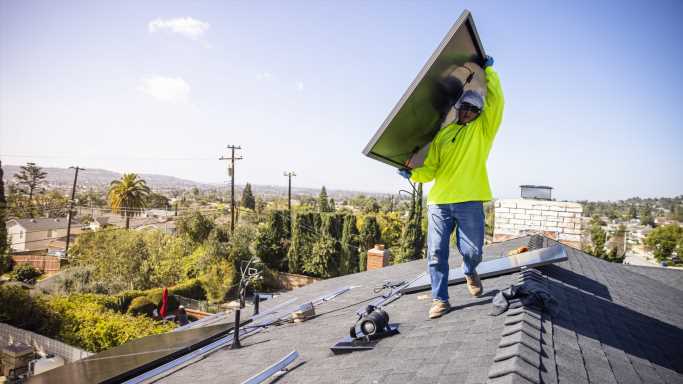 To say that the Biden administration’s recently enacted Inflation Reduction Act of 2022 (IRA22) has given the renewable energy industry a shot in the arm would be an understatement. It is no surprise that an infusion of around $385 billion in federal dollars over 10 years is going to make a big difference.

Analyst Brian Lee and his team at Goldman Sachs have issued new ratings on four solar energy stocks and changed their price targets on another six. The analysts also have raised their demand forecasts for solar energy through 2030.

Goldman raised its Sell rating on First Solar Inc. (NASDAQ: FSLR) to Buy and hiked its $60 price target to $172. Maxeon Solar Technologies Ltd. (NASDAQ: MAXN) was upgraded from Sell to Buy as well, and the stock’s $9 price target was raised to $27.

First Solar got the nod from Goldman based on “significant tailwinds” from the IRA22 legislation. The company has wide exposure in the United States and is the “most immediate” winner from manufacturing credits included in the bill.

Expansion possibilities lifted Maxeon’s rating and prompted the price target increase. Goldman noted that the company is well-positioned to expand its U.S. manufacturing capacity, a move that will be “transformative” to profits beginning in 2025.

Shoals was downgraded because its backlog has not grown since the end of December, raising the downside risk to consensus revenue estimates. That in turn has stifled operating leverage and earnings growth.

Canadian Solar is expected to feel “significant” pressure on free cash flow due to the company’s aggressive capacity expansion plans and “muted” margin outlook. Goldman expects the company to experience erosion in its average selling price beginning next year.

Among the 14 companies in Goldman’s solar coverage universe, the average upside is 14%. These are the six Buy-rated stocks, along with their price targets and upside potential based on the share price as of last Friday:

In addition to First Solar’s position as an immediate beneficiary of IRA22, Goldman also puts Array Technologies Inc. (NASDAQ: ARRY), which makes and sells solar panel mounting and tracking systems, in the immediate beneficiary column. Maxeon, Enphase and Solar Edge are in the likely-to-benefit column, while the rest are believed to be unlikely to benefit from the legislation.