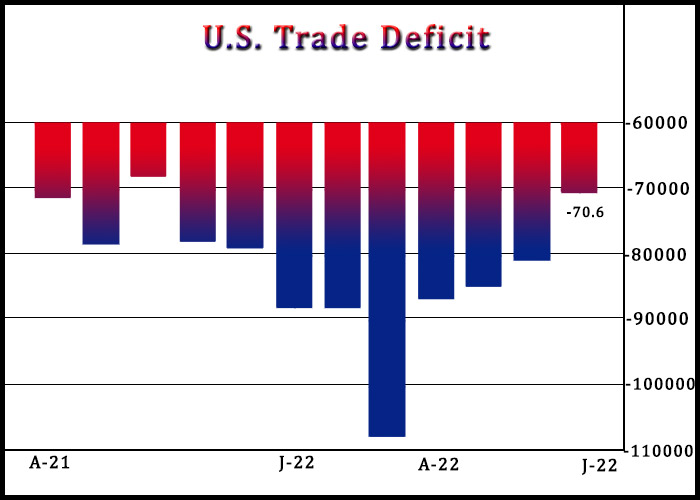 A report released by the Commerce Department on Wednesday showed the U.S. trade deficit narrowed significantly in the month of July.

The Commerce Department said the trade deficit shrank to $70.6 billion in July from a revised $80.9 billion in June.

Economists had expected the trade deficit to narrow to $70.3 billion from the $79.6 billion originally reported for the previous month.

The trade deficit for July represents the smallest deficit since the $68.2 billion reported for last October.

Imports of consumer goods led the way lower, although the sharp decline was partly due to a significant decrease in volatile pharmaceuticals.

The report also showed a notable decrease in imports of industrial supplies and materials, while imports of automotive vehicles, parts and engines saw considerable growth.

He added, “That means net trade will add close to 1.5% points to third-quarter GDP growth, which we forecast will be 3.0%.”