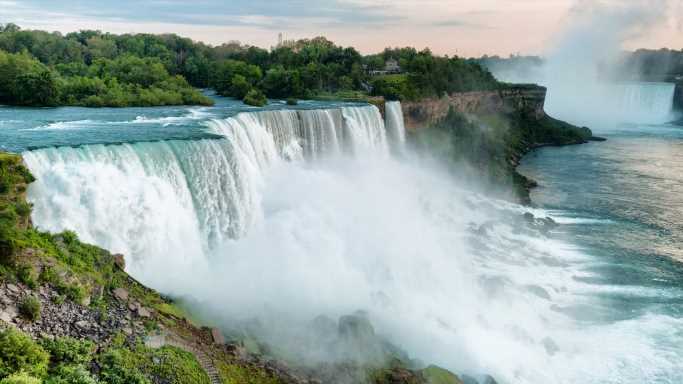 The travel industry was crippled badly by the COVID-19 pandemic. It has come roaring back in the last year. Demand has become so great that planes are sold out, reservations systems burdened, airline staff overwhelmed, and tens of thousands of flights canceled. Passengers have become enraged, but they still want to move around the country and overseas.

Summer, as is usually the case, puts airlines under extra pressure. The number of passengers who went to Europe was particularly large, fueled, in part, by the strength of the dollar.

However, most Americans who flew stayed in the U.S. Some left home to see relatives they had not seen in two years because of the pandemic. Others went to some of the most famous destinations in the country.

Bounce looked at the place people wanted to travel in a study titled “Best-Loved Landmarks.” It looked at places both in the U.S. and overseas. It analyzed annual visits by volume in 2018/2019, Google searches, Instagram posts, and ticket prices. Several of the top landmarks can be visited for free. These tend to have the highest foot traffic.

The list was topped by what is considered a major honeymoon attraction. Out of 50 destinations mentioned, Niagara Falls comes in first. Other top five destinations were spread around the world — the Taj Mahal, Golden Gate Bridge, Grand Canyon, and Statue of Liberty. Of these, three had free admission.

Places were rated on a scale of 1 to 10, with a score nearest 10 as the highest. Niagara Falls had a score of 9.22. In some ways, it is an unusual place for the top of the list. It is far from any large city. On the other hand, it has three spectacular waterfalls which sit on the Canadian border with the U.S. The attraction first became busy in the mid-1800s.

The popularity of Niagara Falls proves something. Locations close to populations may help, but spectacular locations seem to overwhelm that.