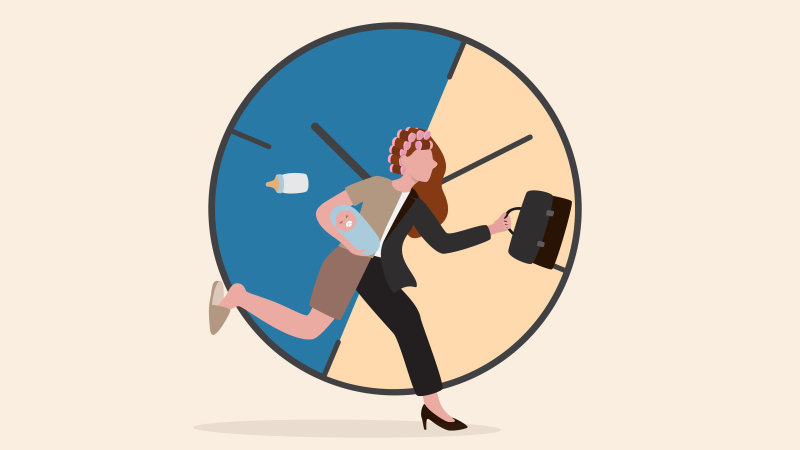 Far from being a cash-splash budget designed to ease hip-pocket pain, Tuesday’s announcement featured words like “responsible” and “targeted”.

That target was not females, but, nevertheless, they are the main beneficiaries of several measures aimed at solving the worker shortage and boosting the wages of young families. 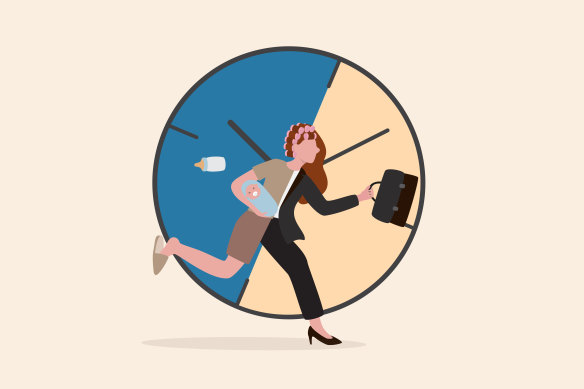 Here’s where women won – the new and already-known initiatives – in Labor’s first budget.

In a policy already announced, from July next year, a higher income eligibility threshold of $530,000 will lift subsidy rates for 96 per cent of families using childcare.

Under $80,000, the refund will be 90 per cent for a first child. The rates are also more generous for subsequent children.

The idea of the Plan for Cheaper Child Care is to reduce barriers to women’s workforce participation by making early childhood education more affordable.

The cost is $4.7 billion over four years, with the government resisting calls to bring in the changes early, in January, to try and ease the skills and labour shortage.

In a bid to “support more equitable distribution of work and care between parents”, $531.6 million over the same four years as above will fund changes to Paid Parental Leave.

This, too, was announced ahead of the budget and lets either parent take paid leave that will reach 26 weeks (up from 18 weeks) by July 2026. Currently, the payment goes only to the birth parent with fathers and partners receiving just two weeks’ additionally.

From July next year, parents will be able to take the leave in blocks as small as a day at a time.

The aim is greater flexibility and promoting more equal distribution of paid and unpaid work in households, the government’s Women’s Budget Statement says.

Income testing the payments at a whole-of-family income of $350,000, instead of the individual income test currently set at $156,647, will allow an extra 2200 families to access the scheme and benefit women with incomes above that level who are the primary income earners.

Payments will continue at the national minimum wage. Importantly, fathers and non-birth partners will be able to access government payments at the same time as employer-funded leave.

Along with inequities in employment opportunities and pay, the gender pay gap is still 14.1 per cent, and a large focus of the Women’s Budget Statement is anti-domestic violence measures.

“Women in Australia continue to shoulder the majority of unpaid work and caring responsibilities and are more likely to be in part-time, casual or low-paid work as they try to balance work and family,” it says.

“Gender inequality is a primary driver of gender-based violence through the unequal distribution of power, resources and opportunity.”

An investment of $1.7 billion over six years hopes to improve safety for women in the home, community and at work.

As part of the National Plan to End Violence against Women and Children, there will be 500 new frontline community sector workers and funding for respectful relationships education.

Repeated Household, Income and Labour Dynamics in Australia (HILDA) surveys identify that women bear the brunt of the housing crisis.

For all, there is a new housing accord between the government and industry, with the Commonwealth committing $350 million for new affordable dwellings over five years, from 2024.

It is hoped investment from superannuation funds and institutions will supply one million more social and affordable houses in the coming years.

But the Women’s Budget Statement says: “Unaffordable housing disproportionately impacts women as they on average have lower incomes and wealth and are significantly more likely to be driven from their homes by violence.”

Those who most need it because they are fleeing violence or are older women on low incomes will be prioritised for long-term housing support funded by returns from $1.6 billion of the capital invested in the Housing Australia Future Fund.

In addition, $100 million is being provided for crisis and transitional housing options for these groups. The Family Home Guarantee already lets single parents buy with a deposit of as little as 2 per cent

Tying together all these disparate discrimination-fighting measures will be an “important new mechanism”: the National Strategy to Achieve Gender Equality.

“This will guide future actions to achieve the Government’s goal of Australia being one of the most gender-equal countries in the world,” the statement says.

The Government has also established a Women’s Economic Equality Taskforce of “eminent women” to provide independent advice on a range of issues and inform the development of the national strategy.