A sustainable finance expert has accused the $110 billion UniSuper fund of lacking a coherent climate policy, reigniting pressure from the university professionals sector for the fund to improve its net-zero strategy.

Assistant professor Saphira Rekker, from the University of Queensland and a UniSuper member, has demanded her superannuation fund take steps to ensure its investments better align with the goals of the Paris Agreement in a set of resolutions set to be voted on this month by the UniSuper’s consultative committee, which provides direction to the board. 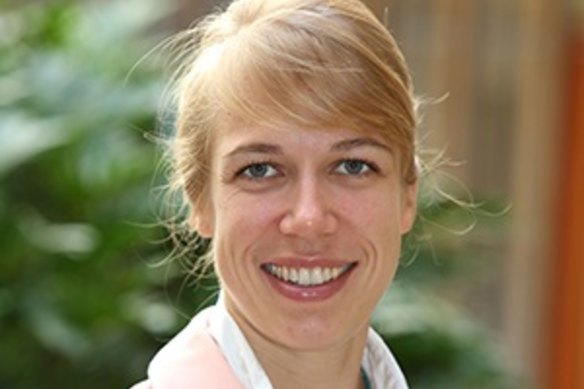 Saphira Rekker from the University of Queensland.

The resolutions have been backed by the National Tertiary Education Union, which has two nominees on the board.

UniSuper has faced sustained pressure for several years from a collection of thousands of its members who joined a campaign led by activist group Market Forces calling for the fund to divest from fossil fuels.

In 2020, UniSuper updated its climate policy after it faced mounting pressure from members, many of whom are part of scientific and environmental research communities.

In September, during the launch of the fund’s climate risk report, chief investment officer John Pearce said they would not be heeding calls to fully divest from fossil fuels, and UniSuper was focusing its efforts on engaging with companies to help them transition to net-zero.

Rekker said she was invited to discuss and provide feedback on UniSuper’s climate strategy this year as her research focuses on tools to measure decarbonisation commitments by corporations, and the alignment of companies and investment portfolios with the Paris Agreement.

‘There will be more transition risks and financial risks associated with not pushing companies and aligning their portfolios accordingly.’

“Intially, [UniSuper] seemed really open and willing to take feedback on board and talk through what they can do better. But the last meeting I felt like it was clear that they did not want to make any changes,” she said.

“They didn’t want to really take anything on board that I suggested, and that’s why I was very disappointed by that. That’s why I resorted to proposing new resolutions.”

She said that UniSuper risked losing members if they didn’t listen to feedback about their climate strategy, and could face financial risks associated with not better aligning themselves with the Paris Agreement goals.

“There will be more transition risks and financial risks associated with not pushing companies and aligning their portfolios accordingly,” she said.

A UniSuper spokeswoman said it was aware of Rekker’s concerns.

“UniSuper is committed to building a better tomorrow, and that’s why we publish our climate risk and investments report each year,” she said.

“We are very comfortable with the positioning of the our portfolios, and are set to reach our goal of net-zero emissions before 2050. We are aware of Saphira Rekker’s concerns, and will be responding to the resolutions at a committee meeting in late November.”

Rekker’s resolutions say UniSuper still lacks a coherent policy and strategy to ensure its investments align with the Paris Agreement and goal of net-zero emissions by 2050.

UniSuper’s methodology for assessing companies’ alignment to the agreement needs to be vastly improved and based on peer-reviewed methodologies, she says, and the fund’s strategies when it comes to engaging with companies also need significant improvement.

Rekker said the improvements she suggested had been adopted by other leading funds.

“If UniSuper shows more leadership in playing its role in mitigating climate change, the fund has the opportunity to satisfy its member base while attracting new members with a unique selling proposition that the fund is genuinely a leader on climate,” she wrote in the resolutions.

“We were very happy with the trajectory they had in terms of its fossil fuel exposure up until this year when they seem to have gone backwards a bit,” she said. “We have put our view to them and we’ve encouraged our members to talk to them about the importance of being fossil fuel free by 2030 but also to be active shareholders and to support and advocate for shareholder resolutions that meet these goals.”

She said the NTEU would back Rekker’s resolutions.

“They’re really straightforward and really focusing on transparency and more clarity so that members of the fund can see exactly what’s happening,” she said.

The resolutions will be voted on by the 145-member consultative committee, which is made up of half employers and half academic and professional staff, at the committee’s annual meeting this month. The committee advises UniSuper on matters including those relating to management of the fund.

Superannuation fund campaigner from Market Forces Rachel Deans said the resolutions were asking UniSuper to better align itself with the Paris Agreement.

“It’s best for members if they’re passed and rapidly implemented,” he said. “Adopting these resolutions is a critical step.”