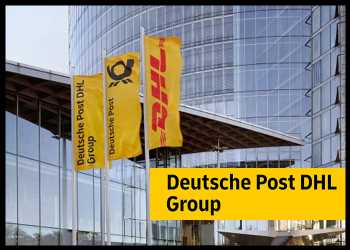 CEO Frank Appel said, “The first three quarters of the year were the most successful in our company’s history thanks to the international DHL business…. Even if global growth is losing momentum, we are well on track to achieve the best result ever with an EBIT of around EUR 8.4 billion.”

The company previously expected EBIT of 8.0 billion euros with a maximum variance of + / – 5 percent.

Looking ahead to the final quarter, Deutsche Post DHL said it prepares for a peak season with the typical seasonal development of shipment volumes in its B2C businesses, despite continuing global economic uncertainties.

The mid-term outlook for 2024 remains stable with an EBIT of around 8.5 billion euros.

Operating profit or EBIT improved 15.2 percent from last year to 2.0 billion euros. At 8.5 percent, the EBIT margin was slightly below the prior-year level of 8.8 percent.

The results also were benefited by returning growth in the domestic parcel business and the ongoing trend towards e-commerce.

Supply Chain EBIT improved significantly by 54.9 percent, ans revenue increased across all regions, rising by a total of 14.5 percent.

eCommerce Solutions revenue increased in all regions, rising by 8.2 percent.

In Germany, Deutsche Post shares were trading at 35.48 euros, down 0.96 percent.