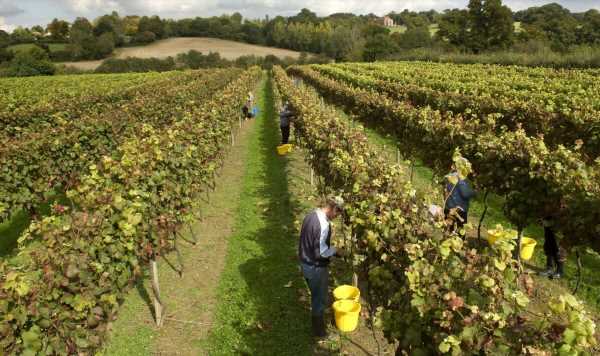 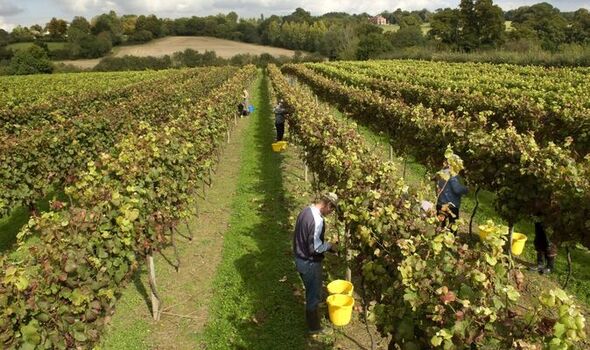 Chapel Down’s expansion plans include moving production to a new site to ramp it up sixfold. Bosses plan to relocate their HQ from Tenterden in Ashford, Kent, to an area the size of 20 football pitches at a business park at Highland Court Farm, Bridge, just outside Canterbury. It will allow production to increase from 1.5 million bottles a year to nine million by 2032.

The company, which supplies big events and venues including England cricket, Ascot racecourse and the Royal Opera, also wants to develop the Tenterden winery and continue its grape-growing, specialist wine-making and vineyard tours there.

In its application, bosses at Chapel Down said: “This proposal offers a once-in-a-generation opportunity to bring the national brand to Canterbury Business Park, thereby securing the district’s status as the UK’s leading centre of wine production.

“The result would be a truly unrivalled rural commercial centre in Canterbury, twinned with Reims in the Champagne region, that could not be created elsewhere.”

If the move is approved it will be an “economic game-changer” for the company, with the wine brand set to become “the UK’s biggest-selling premium sparkling wine, overtaking French giants Moet and Chandon”.

Chapel Down believes the move is necessary as its current base has no space for further expansion.

But, while the plans move forward, it is upping production at Tenterden.

A spokesman said: “The company has planted 38 additional acres of vines this year, and expects to plant a further 118 acres in the near term, meaning the company will exceed 900 acres by the summer of 2023.

“The company continues to look at investments to drive capacity to support its longer-term growth ambitions and, amongst other initiatives, is in active discussions to source new, high quality land for further vineyard plantings.”

Keli Nolan-Lyons, Tenterden’s town and business co-ordinator, said: “I think it’s a great sign that they’re expanding, and I think it goes to show how much Tenterden and the borough of Ashford is really an integral heartbeat of English wine.”