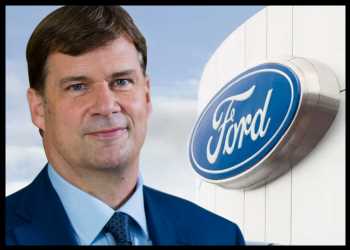 Amid the speedy transition by automakers to electric vehicles, Ford CEO Jim Farley reportedly warned that EVs’ production will result in significant job losses, but producing more parts in-house will help to mitigate this impact.

While talking at an auto conference for the Rainbow Push Coalition in Detroit, Farley said EVs require 40 percent lesser workers than for producing cars and trucks powered by petrol. The electric vehicles are assembled from fewer parts compared to traditional cars powered by internal combustion engines.

He said, “It takes 40 per cent less labour to make an electric car, so?.?.?. we have to insource, so that everyone has a role in this growth. We have a whole new supply chain to roll out, in batteries and motors and electronics, and diversity has to play an even greater role in that.”

The warning comes as Ford has set a target of attaining half of global sales from EVs by 2030. In the month of October, Ford reported that its EV momentum continued with sales of its EV lineup up 120 percent over last year.

In 2018, the United Auto Workers union, which represents about 400,000 workers, reportedly had estimated that the transition to EVs could cost 35,000 jobs.

In August, Ford cut 3,000 employees and contract workers, while calling its cost structure uncompetitive compared to other carmakers. At the end of 2021, Ford had 183,000 employees.

Automakers at present are in the process of gradually replacing their current supply chains mainly with the manufacturing of batteries, which are the most important component for EVs.

Ford recently partnered with battery maker SK Innovation to build factories in the US to produce EV batteries. General Motors also has teamed with LG Chem for the batteries.

In late October, President Joe Biden announced $2.8 billion funding to 20 companies to expand domestic manufacturing of batteries for EVs and the electrical grid and for materials and components currently imported from other countries.