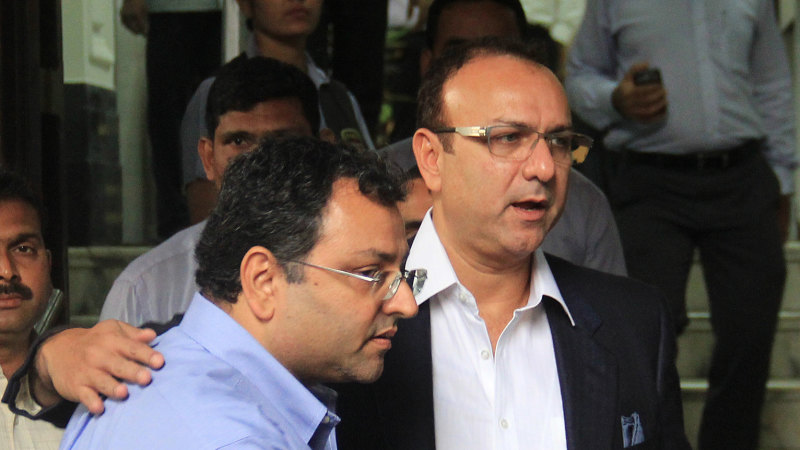 It’s been a harrowing year for Shapoor Mistry. After losing his father and younger brother in the span of three months, the scion of one of the world’s richest clans now faces a major business challenge.

Through five generations and 157 years, the Mistrys have grown an empire responsible for building palaces, factories and stadiums across Asia. But the family fortune, estimated at $US29 billion ($4 billion) by the Bloomberg Billionaires Index, is about 90 per cent locked up in a festering feud with India’s biggest conglomerate, Tata Group. 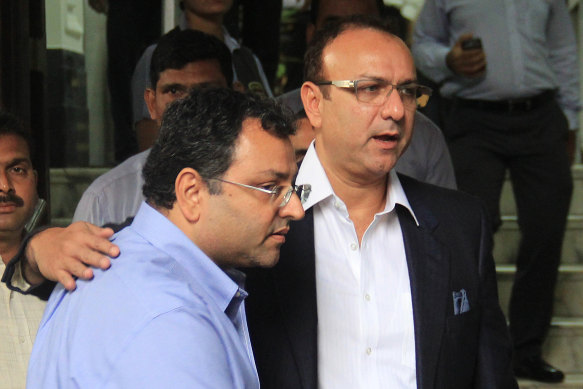 Cyrus Mistry and Shapoor Mistry in 2016. Cyrus was helming the family’s investment company when he died in a September car crash at the age of 54..Credit:Getty Images

Now Mistry, 57, will have to figure out how to resolve that dispute and free up cash as a weakening economy and rising interest rates rattle his Shapoorji Pallonji Group, which just emerged from years of financial stress during the pandemic. He has met with lawyers and consultants, people familiar with the discussions said. Those, along with family friends, have offered to mediate when the time is right, they added, asking not to be identified discussing confidential information.

The Mistrys and Tatas — who both belong to the Parsi Zoroastrian community — had been close for almost a century before they fell out.

Most of the Mistrys’ wealth is derived from the about 18 per cent stake the family holds in Tata Sons Pvt., the main holding company of the $US128 billion giant that owns marque brands including Jaguar Land Rover. The bad blood between the two parties has meant Mistry can’t sell those holdings, making it one of the most illiquid fortunes on the planet.

“The years-long dispute between Tata Sons and Shapoorji Pallonji Group has re-emphasised the need for Indian companies to build in specific clauses around acquisitions, mergers and sales,” said Kavil Ramachandran, a professor and senior advisor at the Thomas Schmidheiny Centre for Family Enterprise of the Indian School of Business in Hyderabad. He added that he expects some senior members of the Parsi community to help initiate a mediation process between the two families at some point.

Representatives for Shapoor Mistry declined to comment for this story.

Pallonji Mistry, who died in June, controlled the SP Group that started off as a construction company in 1865 before expanding into sectors including water, energy and financial services. Some of the conglomerate’s most iconic structures include the Reserve Bank of India buildings and the Tower wing of the Taj Mahal Palace hotel in Mumbai.

Brought together by common business interests and their close-knit community that fled religious persecution in Iran centuries ago, the Mistrys and Tatas began forming financial ties in 1927. SP Group has helped build some of Tata Group’s automobile factories and steel mills, and the Mistrys increasingly expanded their stake in Tata Sons by buying shares from Tata family members and through a rights issue, eventually amassing the current 18 per cent holding. 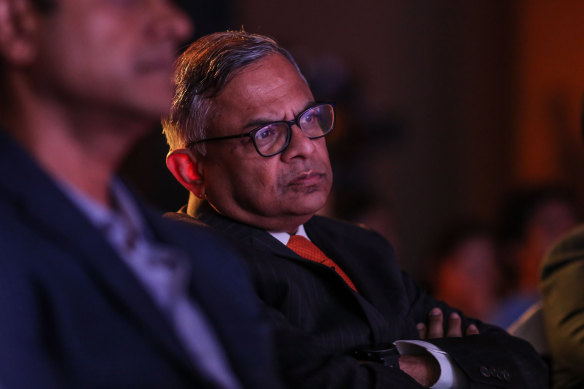 That symbiotic relationship was expected to get a boost when Shapoor Mistry’s now-deceased younger brother, Cyrus, was chosen in 2012 as chairman of Tata Sons, succeeding Ratan Tata, who spent more than two decades at the helm. Cyrus sought to aggressively reduce the group’s debt, threatening in the process to undo the legacy of the conglomerate’s patriarch. That eventually led to a boardroom coup less than four years later, resulting in Cyrus’s shock ouster.

Then came a courtroom battle between the two business families that Tata Group ultimately won last year. Meanwhile, Tata Sons changed its status to become a private firm in 2017, restricting the Mistrys’ ability to sell its stake to other investors.

The timing couldn’t have been worse. In 2020, India’s hard COVID lockdowns unleashed a massive economic disruption that created a cash crunch at many companies, including those part of the SP Group. The conglomerate tried to pledge part of its Tata Sons holding to repay maturing debt, but the nation’s top court barred it from doing so. Tata Sons offered to buy it out but the two sides couldn’t agree on valuation, leading to a deadlock. The Mistrys then had to resort to asset sales and bond repayment holidays from lenders to stave off defaults.

“If you ask Shapoor to be reasonable and settle it, he would settle it,” said Nirmalya Kumar, professor at Singapore Management University’s Lee Kong Chian business school and a former Tata Sons senior executive, referring to the feud with the Tatas. But any resolution between the two conglomerates will require the Tata Group to compromise, he added.

Cyrus was helming the family’s investment company when he died in a September car crash at the age of 54. While his widow and two sons stand to inherit his wealth, succession arrangements have not been announced.

SP Group repaid $US1.5 billion to lenders and exited a debt recast program earlier this year, marking a major milestone in its economic recovery. But rising interest rates and risks of a global recession are posing new threats.

“For the Mistry family, it will take a while to go for a solution,″⁣ Ramachandran said.