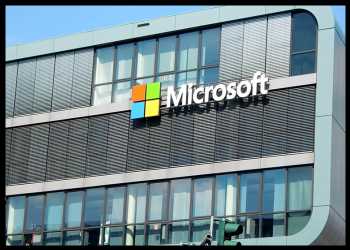 Confirming media reports, tech major Microsoft Corp. in a regulatory filling announced its plans to cut overall workforce by about 10,000 employees by the end of the third fiscal quarter of 2023. The move is part of a series of actions in response to ongoing macroeconomic conditions.

Towards this, the company will record $1.2 billion charges in the second quarter.

Microsoft joins many major US tech firms who recently announced job cuts or hiring freeze amid the slowing growth, including Amazon, Meta Platforms Inc. and Twitter.

Alphabet, the tech behemoth, is yet to announce any major layoff, despite several reports of upcoming job cuts inside the company. Employees at Google anticipate an imminent announcement of huge layoffs, according to reports. In November, The Information had reported that Alphabet was planning to lay off nearly 10,000 low performing employees starting early 2023 in order to curb costs. As per reports, the tech major has asked managers to identify 6 percent of its staff using a new performance management system.

Amazon had announced plans to cut 18,000 jobs, or about 6% of its workforce, while Facebook parent Meta said it was reducing its workforce by around 11,000 roles.

Microsoft, in a filing with the U.S. Securities And Exchange Commission, noted that the planned job cuts represent less than 5 percent of its total employee base, with some notifications already happening. Meanwhile, Microsoft said it will continue to hire in key strategic areas.

The expected charge, which represents a $0.12 negative impact to earnings per share in the second quarter, is related to severance costs, changes to hardware portfolio, and the cost of lease consolidation as it creates higher density across its workspaces.

The company noted that U.S.-benefit-eligible employees will receive a variety of benefits, including above-market severance pay, continuing healthcare coverage for six months, continued vesting of stock awards for six months, career transition services, and 60 days’ notice prior to termination. This is regardless of whether such notice is legally required. Meanwhile, benefits for employees outside the U.S. will align with the employment laws in each country.

The software maker, which was experiencing slowing revenue growth, said there is significant change in customer behaviour. During the pandemic, they accelerated their digital spend, but now is in the process of optimizing digital spend to do more with less.

CEO Satya Nadella said, “We’re also seeing organizations in every industry and geography exercise caution as some parts of the world are in a recession and other parts are anticipating one. At the same time, the next major wave of computing is being born with advances in AI, as we’re turning the world’s most advanced models into a new computing platform.”

The tech giant in July last year had said that it had eliminated a small number of roles. Further, in October, news site Axios reported citing a source that Microsoft had laid off fewer than 1,000 people across multiple divisions.